Has a new rivalry started at Light Featherweight?

Check out this guilotine variation from Ronny Markes 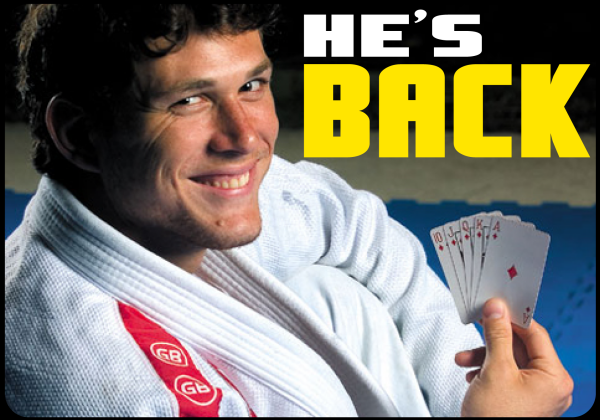 You may have heard last week that Jacaré (Ronaldo Souza) will likely be defending his middleweight title against Robbie Lawler on the yet to be finalized January 29, 2011 Strikeforce card.  Today it was announced that IBJJF World Champion Roger Gracie will face a guy called Trevor Prangley on that same card.  Even though Strikeforce is the minor leagues according to Dana White, it’s great to see our jiu jitsu elite fighting semi-high-level MMA (and wining).

Now, we here at DSTRYRsg know as much about Trevior Prangly as you do about open the Tornado Guard, which to say, little or nothing.  But, that’s OK.  It’s Roger.  We’re pretty confident that, as long as he avoids getting knocked out (which he’s done so far), we’re likely to see another fool get choked out.  We know that’s biased, but this is DSTRYRsg and we do a lot of that here.

As and aside, Strikeforce also announced today that 2004 Judo Olympian and anti-pussy training guru, Rhadi Ferguson will grace the cage at Srikeforce Challengers 13 (January 7, 2011).  We’re looking forward to a display of Rhadi’s “cut from a different cloth” fighting stylings.

Previous post Minotauro goes on surgery and focus on recovery.